skip to main | skip to sidebar

Oliver Diaz writes in the Northside Sun of his objections to the new book "Kings of Tort" by Alan Lange of Y'all Politics and former U.S. Attorney Tom Dawson. 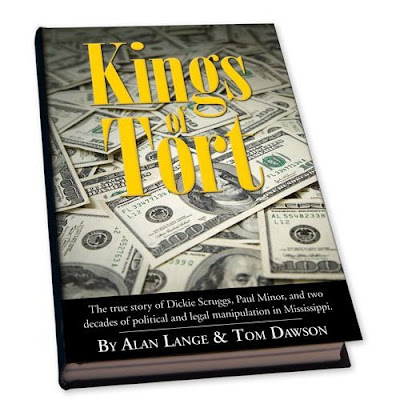 Diaz, a former Simpson County Youth Court Public Defender, defends Paul Minor who was convicted by a jury of his peers, and attacks Tom Dawson who prosecuted Dickie Scruggs. But the interesting part was an online comment posted to the column that linked to www.NancySwan.com. 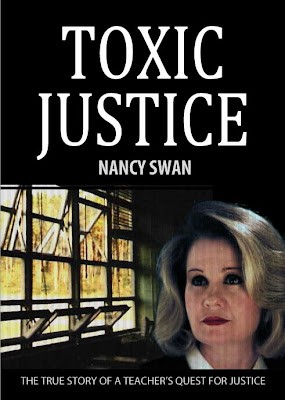 Nancy Swan had retained Paul Minor for a lawsuit. Nancy writes that Minor's corruption didn't just hurt big defendants he argued against, but also hurt her, his client.

After waiting fifteen years and suffering through two successful state supreme court decisions, my second judge, Judge Jerry O. Terry was ruled out of order and kicked off my case for bias. My case was sent back to Harrison County Circuit Court, then assigned to the third judge, John Whitfield. In the interim, I had been educating myself on the law, ethics, and court procedure. Experience had taught me to document everything, including license numbers and letters, and to record phone calls, conversations, and meetings, even those with my own attorneys.

My case was finally scheduled to go to trial in February 2000. With less than a week to go, I knew something was wrong. My attorney, Paul Minor, was still not prepared for trial. He had not returned my phone calls, no witnesses had been notified, no exhibits prepared, and no instructions had been given. I was fearful and reminded Mr. Minor that out of courtesy he should call my doctors to schedule their testimony.

Minor revealed he was not planning to take my case to trial because Judge Terry had been bribed twice to delay my case, my case was now too old, and I would never receive any money because of an offset from my prior settlements. From Minor’s list of settlement amounts it was obvious more than $200,000 was missing.

When I demanded an accounting, Minor threatened that if I did not accept his settlement, he would have my case dismissed. I refused to be bullied, reminding Mr. Minor that he had used threats and bully tactics to force me to settle with the other defendants.

The day before my trial was to take place, Judge Whitfield allowed Minor to secretly withdraw from my case without accounting for the missing settlement. Judge Whitfield withheld this information when Minor failed to show for the docket call for my trial, then continued the intimidation by threatening to dismiss my case if I did not accept the settlement.

I responded by filing two judicial complaints against Whitfield. Whitfield immediately announced he was stepping from the bench, but not before he dismissed my case on his last day. He then sealed all court records and personally removed court documents to protect himself and Paul Minor.

Abandoned and betrayed I fell into the abyss of despair.

Somehow, I don't think Alan Lange or Tom Dawson had anything to do with Minor's treatment of Swan. If Nancy Swan's allegations are true, Paul Minor deserves the punishment he has earned.
Posted by IamTHEresponder at 12:34 PM