skip to main | skip to sidebar

As a follow-up to yesterday's post on the relationship between Bernstein Litowitz and Jim Hood, two names from that firm were mentioned specifically. It should be noted both also specifically contributed to Jim Hood. 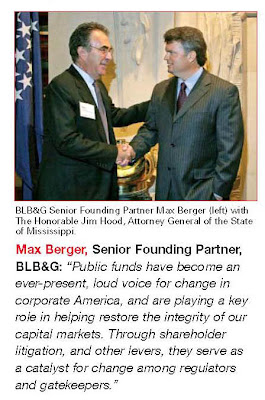 Sean Coffey, who interviewed Jim Hood at an event in Ireland "on how he has helped the citizens of Mississippi push back against the destructive forces of corporate fraud" also contributed $5000.

We mention this because the Mississippi Democratic Party wants to have the conversation on campaign finance.
Posted by IamTHEresponder at 7:08 AM